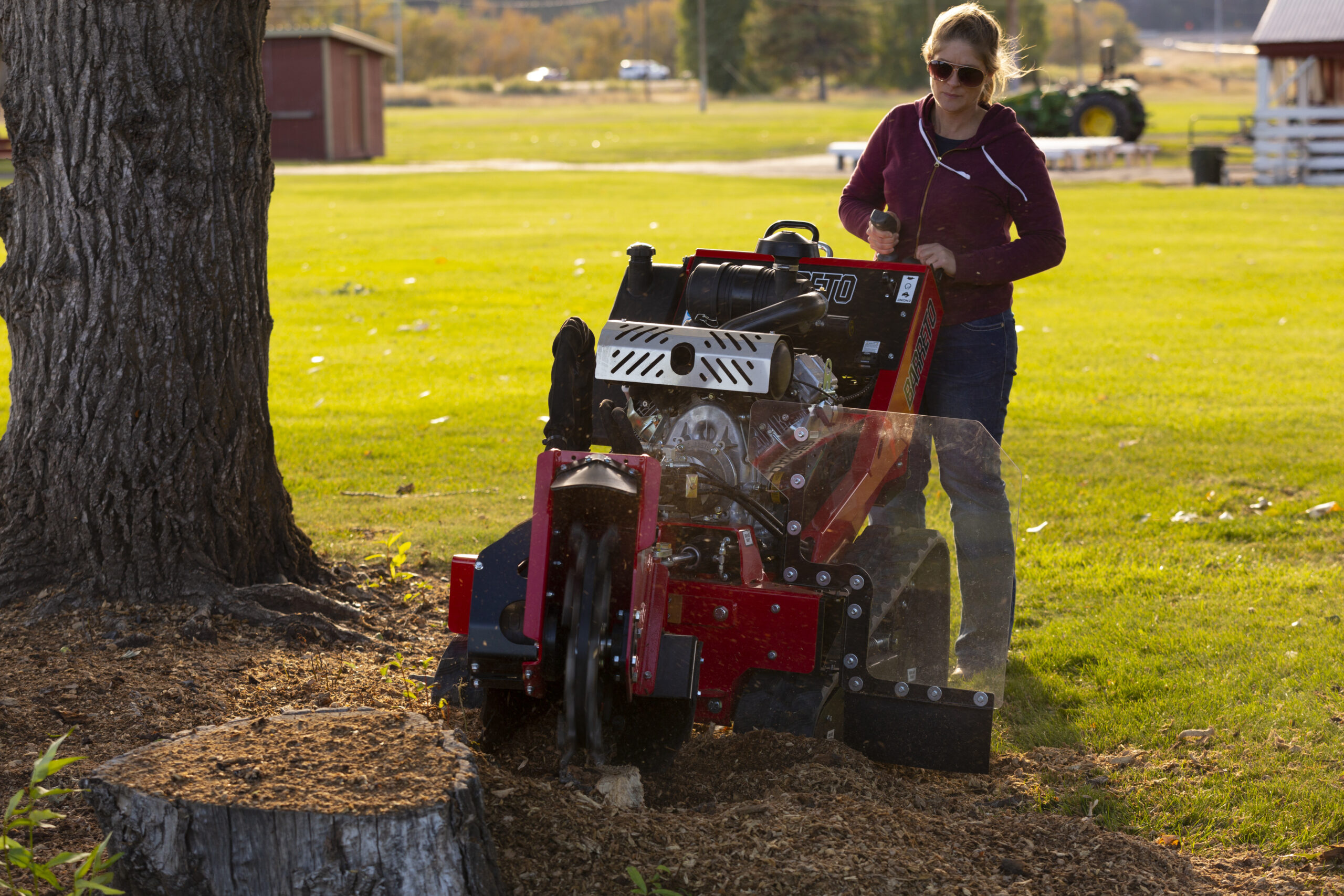 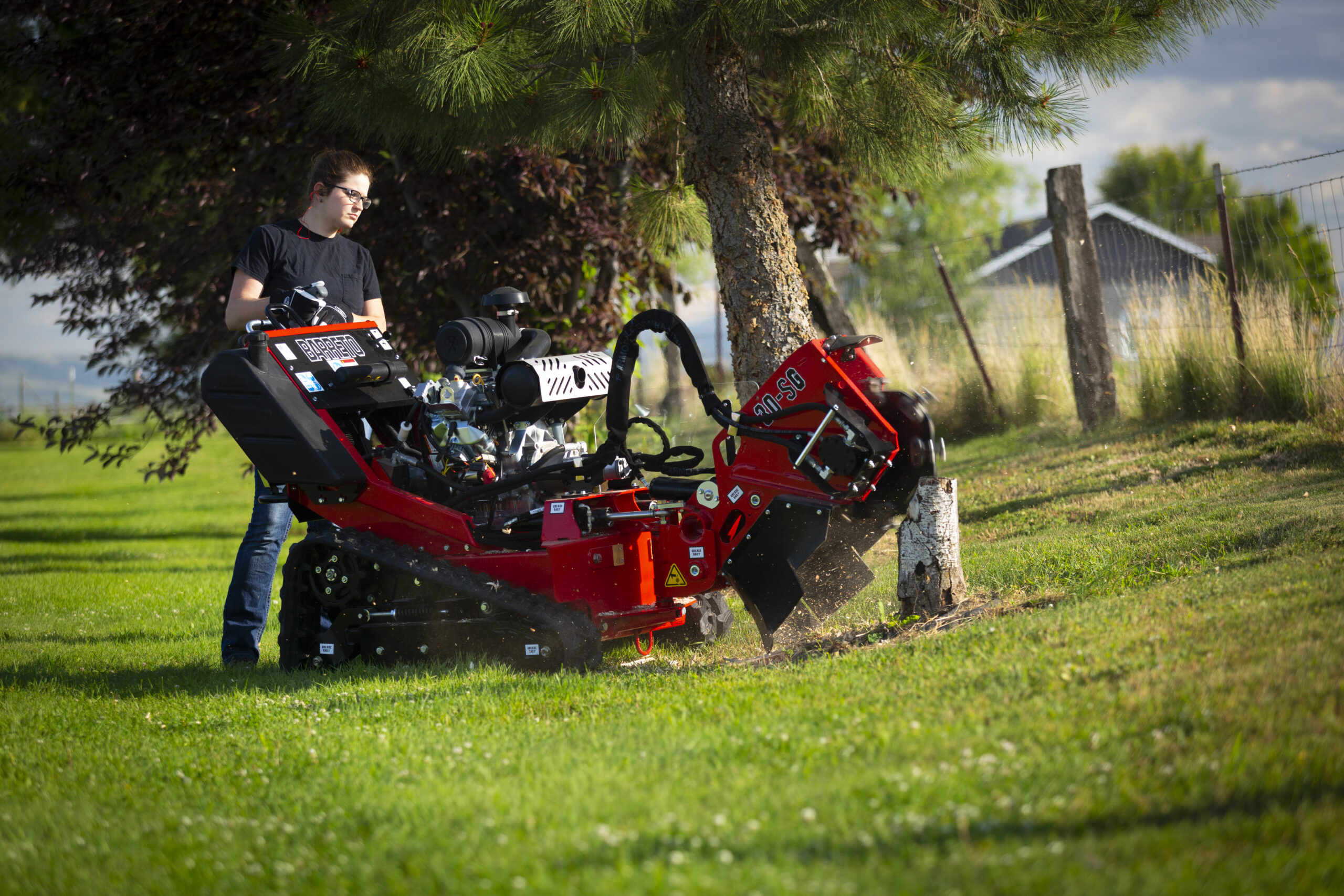 DESIGN
The 30SG stump grinder features a variant of the same time-tested track drive platform used by the RTK trencher series. The 30SG has a hydraulically-driven cutter wheel that is raised and lowered into the stump and then moved from side to side to cut down. The 30SG is powered by a 31hp Briggs & Stratton Vanguard V-Twin engine. The engine is coupled to two gear pumps: the larger gear pump drives the cutter wheel and the smaller pump works the tilt and swing cylinders. The tracks are driven by independent hydrostatic pumps mounted on the rear of the engine for easy access and simple linkage control. Counterbalance valves on each track drive prevent the track motors from slipping while the cutter wheel is engaged in the cutting process, even while operating on a slope.

SEE IT IN ACTION